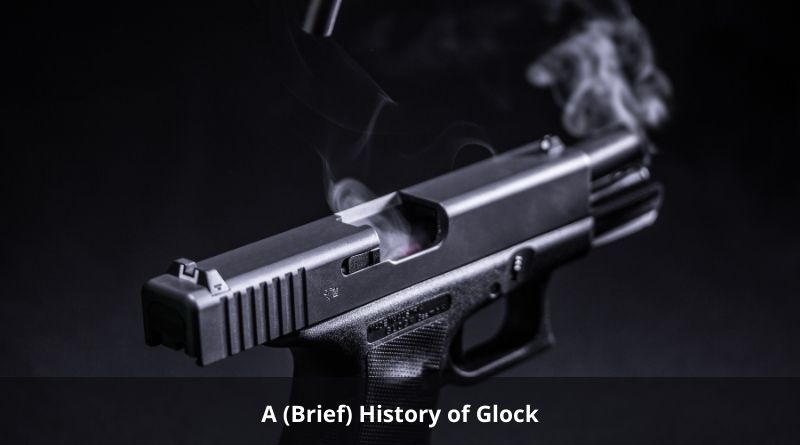 Glock is undeniably one of the most recognizable brands of firearms in modern history. From the name to the body, everything about their product is sleek and iconic.

But where did it come from?

The company is named after its founder, Gaston Glock, who was an engineer working at a curtain rod factory before making the switch to firearms. The Austrian army was fielding offers with manufacturers to update their sidearms, and Gaston hopped at the opportunity to apply. He was passionate about his research, consulting with members of armed forces, and using what they disliked about other sidearms to inform his design for a better tool.

Glock’s 17th patent would become their first offering in 1982, beating out big-name brands like Beretta and Sig Sauer for the contract with the Austrian army. The polymer body made it lightweight and durable, the bigger magazine meant less time lost with reloading, and there was less trigger resistance, making firing easier and resulting in more accuracy.

In 1985 G-17 (also called the Pistole 80 or P80) became the official firearm of Norweigan and Swiss armed forces, and in 1988 it would be adopted by American law enforcement. The British army would come onboard in 2013, as would France in 2020.

Though based on the original G-17, several types of Glocks have become available. There are generational upgrades that improve upon earlier models as well as offerings specific to different munitions caliber, and considerations such as slide length.

Glock developed an entrenching tool, which is a shovel that armed forces use in the field for a variety of uses, digging trenches among them. They have also developed a field knife in collaboration with Austrian special forces, that has gone on to be used by the armed forces in nine different countries.

Continuing today, Glock’s focus on ease of use and durability of their products make them the standard of armed forces the world over.