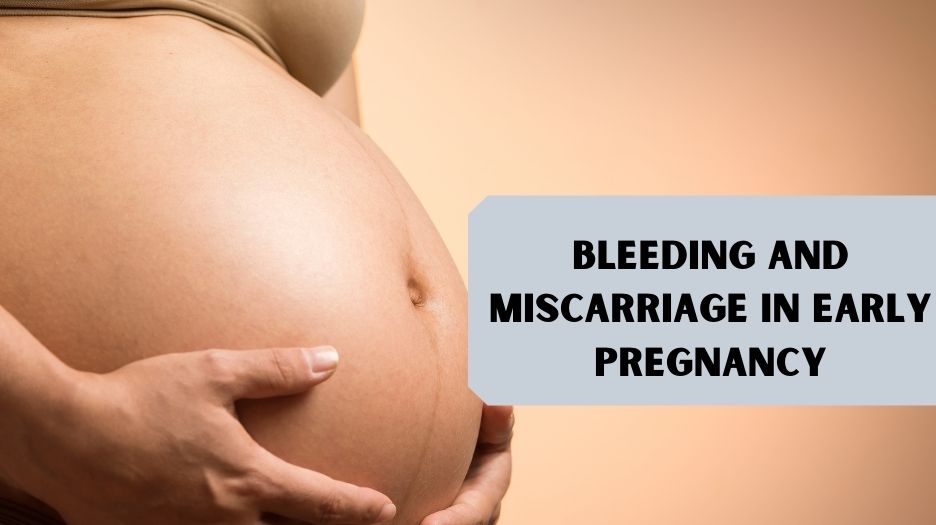 Many women have confessed to experiencing bleeding at some point during their pregnancies. Most people experience bleeding in the first trimester of their pregnancy. Statistics have also shown that about 20% of pregnancies end in miscarriage. In most cases of miscarriage, it is attributed to genetic defects.

It is always important to inform your doctor, obstetrician or gynaecologist whenever you experience bleeding if you are pregnant. If you are in a lot of pain, call an ambulance. Bleeding alongside pain during pregnancy should be taken seriously. It could be a sign of ectopic pregnancy or other dangerous problem. Feel free to contact us at Medical Express Clinic if you stay in London and need a private gynecologist near you.

What are the causes of bleeding in early pregnancy?

Bleeding can occur at any stage of pregnancy,irrespective of the cause. One very common type of light bleeding or spotting is implantation bleeding. It happens when a fertilised egg implants in the uterus or womb. This type of bleeding is harmless and goes away on its own after a few days.

Another common cause of bleeding in pregnancy is ectopic pregnancy. This type of pregnancy occurs anywhere outside the womb or uterus.

How common is miscarriage in pregnancies?

Every year, about 40,000 hospital admissions are as a result of miscarriage. Sadly, about 25% of recognised pregnancies end up being miscarried, and more unrecognised pregnancies do not make it past the first couple of weeks before it ends. The pregnancy ends even before the woman realised that she could be pregnant in most cases.

Many women who miscarry go on to have successful pregnancies next time. Unfortunately, problems like recurrent miscarriages exist, occurring in about 10% of women.

What are the causes of miscarriage?

It is believed that several early miscarriages result from problems with the chromosomes of the baby in the uterus. The chromosomes are the structures in our bodies that contain the inherited genetic material from our parents. When these chromosomes are not correct or complete in a developing foetus, the pregnancy ends. Usually, this happens once and does not repeat itself again. However, such situations are common in women older than the age 35. Summarily, it means pregnant women over 35 are more likely to have a miscarriage than younger pregnant women. Other risk factors can make you more susceptible to having a miscarriage. These risk factors include the following

Most of the time, the cause of the miscarriage is not really investigated because most women who miscarry do not have a miscarriage again. Investigations can only begin if there have been three or more miscarriages in a row.

Myths surrounding the cause of miscarriages

Many people blame their miscarriage on one thing or another to ease the guilt they will be feeling at such a period. Contrary to what other people may think, people do not have miscarriages by doing normal activities like lifting, having sex, eating spicy food or even exercising. There are other underlying causes of miscarriage, and they usually have nothing to do with the activities listed above.

Additionally, waiting for a certain time after a previous miscarriage does not guarantee the success of the next one. There is no medical proof to back up this claim.

What is a threatened miscarriage?

Light bleeding at some point in the early stages of pregnancy is quite common. However, it does not mean you are having a miscarriage. In almost all cases, the bleeding stops eventually, and you go on to have a normal, healthy baby in the end. This phenomenon is known as a threatened miscarriage, and it is usually painless. When the bleeding stops without the pregnancy being affected, you can end up having your baby at the end of your pregnancy.

Sadly, some cases of threatened miscarriage end up being actual miscarriages.

The most common symptoms of miscarriage are bleeding and lower abdominal pain. The bleeding may be accompanied by blood clots in some cases. The level of bleeding varies, as well as the period it lasts. Some people may experience normal period-like bleeding with blood clots,which can last for days or weeks. Others may experience a more heavy flow of blood that lasts more than two weeks. Whether the bleeding is normal or heavy, always keep your doctor updated and let them know.

In some peculiar cases of miscarriage, the foetus dies in the womb without the woman’s knowledge and may even remain there. In this case, there is usually no pain or cramps, neither will you experience pregnancy symptoms anymore. The status of the foetus can only be confirmed through an ultrasound scan. The doctor will refer to the situation as an empty sac, early foetal demise or blighted ovum.

The pain associated with miscarriage is quite different from normal pain. It is mostly felt on the lower abdomen and is cramps or persistent. Sharp or persistent pain on the stomach side is not an indication of miscarriage; instead, it could indicatean ectopic pregnancy. An ectopic pregnancy occurs outside the womb, usually in the Fallopian tubes, and symptoms are usually noticed from around 6 – 8 weeks. Symptoms of ectopic pregnancy may include bleeding, dizziness, diarrhoea and pain when emptying your bowels.

In some cases, pain is not felt until the tubes become ruptured. This is known as a ruptured ectopic pregnancy, which can be dangerous. See your doctor if you suspect that you may be having an ectopic pregnancy.

When do I need to go to the hospital?

When you experience any bleeding, you should see your doctor immediately for a proper diagnosis. This is because vaginal bleeding does not only indicate miscarriage, but it can also be a symptom of another health problem like infection. Heavy bleeding alongside pains or cramps in the abdominal area means you should call an ambulance immediately.

When you experience bleeding during the early stages of pregnancy, you should see an obstetrician to conduct an ultrasound scan and find out the problem. This scan is usually done with the use of a probe that is inserted into your vagina to find out if the bleeding is a result of the following:

If the results are inconclusive, you may be asked to return weeks later for another ultrasound scan.

Do I need any treatment?

This is a procedure undertaken by most women as they let nature take its course. This way, they allow the pregnancy remains to pass out naturally. The bleeding will stop, but it may take a long time ranging from days to weeks, before the body is completely free. If the bleeding does not stop or becomes heavier, you may be offered an alternative form of treatment.

Expected treatment will not be offered if there has been a previous case of miscarriage or you have experienced bleeding at some point before. After the bleeding has stopped, you can perform a pregnancy test after three weeks. A positive result means you should see your doctor for an assessment.

This treatment option involves the use of tablets or pills prescribed by the doctor and are either taken orally or inserted into the vagina. This meadow will empty the womb and remove the remains of a pregnancy after a miscarriage. You need to be admitted for this procedure; however, you may experience abdominal pains and bleed while you continue treatment with the medications.

Many women prefer this option because they will not have to be admitted into the hospital. After the treatment has been completed, you will have to conduct another pregnancy test and meet with your doctor if the result is positive. If the bleeding is severe, you may be offered the option of an operation.

Treatment through surgery or operation

You will be provided with the option of a medical operation if the other options are not suitable for you. The operation is performed to remove the remains of pregnancy, and it is referred to as Surgical Management of Miscarriage (SMM). It involves the gentle opening of the cervix. A suction tube is placed into the womb to clean the uterus. In all, the procedure lasts about 10 minutes.

This procedure can be performed without general anaesthetic, as the details will be discussed with you by the doctor before the procedure itself. Unfortunately, a small number of women end up developing an infection after this procedure. However, you should see your doctor if you notice any foul-smelling discharge from your vagina, abdominal pains, or if you have a high fever after the procedure. A simple antibiotic treatment will fix the situation.

A miscarriage is something no woman should have to experience. Sadly, it happens, and the woman can feel sad, discouraged and depressed afterwards. You can feel better by talking about your feelings instead of bottling up your emotions. Speak to your doctor or a counsellor about how you feel.

If you need our services or you need a private gynaecologist near youcontact us at Medical Express Clinic. Book an appointment with us by calling or sending us an email.