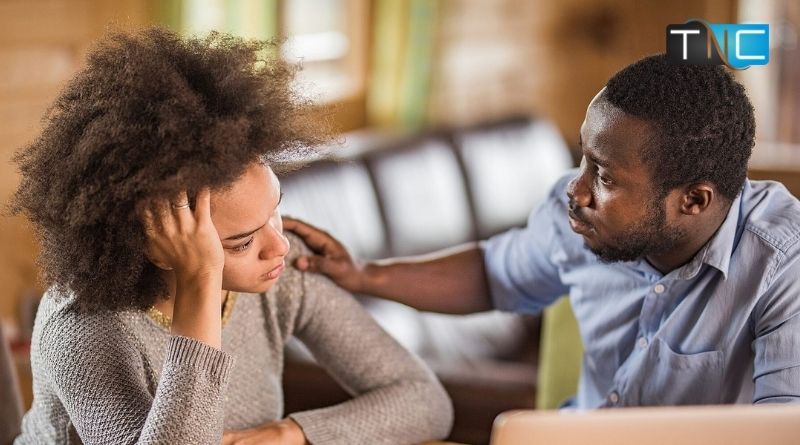 Just as physical health is very important to us, so is good mental health, because if we are physically healthy, but suffer from mental disorders or suffer from a mental illness, such physical Health is not very beneficial for us. These mental disorders are actually like a swamp, in which once the foot sinks, then the person sinks.

The conditions associated with these complications can only be better understood by a person who has ever been a victim of them and has suffered from them.

At some point in the life of every human being, there comes a time when he is caught in deep despair, he is not given anything in front of him and behind him, and his mind begins to wander with despair and despair everywhere.

In such a case, if he surrenders to the situation, he can also become mentally ill.

Just as any of us can suffer from a physical illness at any time, so it is common to suffer from a mental illness, but the fear of the stigma associated with it makes us go to the doctor and talk about it. It stops and we just keep burning inside despite having some mental confusion.

Some of these mental problems are of a very minor nature, which is not very dangerous, while some are involved in extremely fatal and psychological disorders. Can make:

According to a study, unemployment is directly related to our mental health.

Lengthy unemployment can lead to depression. When a person loses a job despite hard work, perseverance, a good education, and a high degree, he or she loses his or her job. May be suffering from depression.

Depression is a very simple word to say, but the heart of those who go through this condition knows how painful this disease is.

There are many causes of depression, including fear of the unseen future, fear of being separated from a close partner, anxiety, whispers or recurring memories of bitter past events that can also lead to depression.

The violence of any kind, it is enough to make us mentally ill in any case. Violence in childhood gives rise to a feeling of inferiority, which in the form of a mental illness goes on for a lifetime. May fall

Similarly, harassment is a form of violence and often ends in a mental illness.

The tense atmosphere at home and the constant fights and quarrels are also very harmful to our mental health. Is.

Most of our office environments are very stressful and office hours from nine to five can be very painful. It is very harmful to mental health. In addition, the stress of extra work for several weeks or months in a row can also cause depression.

Well, these are the causes of mental instability that we get from our environment, some problems are congenital and with age, it can become more complicated and take the form of a mental illness and Once a psychiatric illness occurs, it is not impossible to get rid of it, but it is very difficult. It is so difficult to treat psychiatric patients that physicians often become anxious themselves.

However, if we are well aware of these problems, they can be largely avoided. Here are some suggestions in this regard, which can be followed to save yourself from these complications.

The most important thing is to protect yourself from stress as much as possible. In any case, the current situation is causing a lot of trouble for the people.

When we watch and read such incidents frequently on TV and in newspapers, we are definitely affected by them. Every day we read such news in newspapers which increases our fear and anxiety. And we become more and more uncertain. So try to use print and electronic media, but very little.

Also, make life as simple and easy as possible, there is nothing to be gained by running after unwanted desires, so stay away from them as much as possible.

Give thanks to Allah for whatever He has given you. Complaining to destiny will not get you anything and remember that by keeping in your heart feelings of jealousy, envy and rivalry with others. you yourself will continue to burn in the fire of restlessness and restlessness. Keep yourself calm and trust in Allah Almighty: