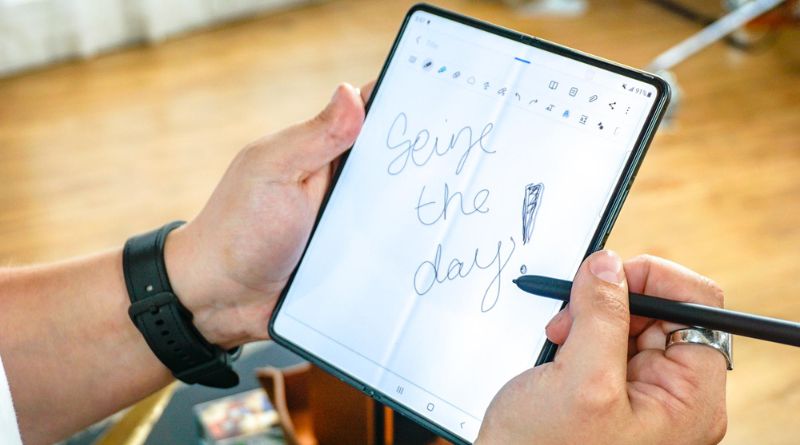 Many people would say that nothing compares to the feel of pen on paper, but some of us are just not natural-born pen and paper users. If you’re in the latter group, take heart! There are some excellent note-taking apps out there that have vastly improved since their introduction, and all signs point to them getting even better in the future. Here are the five best note-taking apps of 2022 (so far).

Keeping Track with Evernote is the most popular option on this list, primarily because it’s easy to use and comprehensive. You can search by keyword and create notebooks or sections where all your ideas are stored. You can also sync everything with other devices.

Plus, if you ever lose your phone, you won’t lose all your notes because they’ll be safely stored in the cloud! The app does have a monthly fee, but if you’re looking for an app that will last for years to come without any troubles, then this is a great option. Evernote has a number of features that make it the best note-taking app. Some features include:

the ability to make a calendar with your notes, document scanning capabilities so you never forget anything important again, as well as language translation capabilities . These are just some of the many great features offered by Evernote – take advantage now while it’s still one of the best note-taking apps out there! OneNote – OneNote offers the same kind of feature set as Evernote, but users find it easier to use due to its cleaner interface.

Two Notes – Two Notes is best for people who want something simple. It’s made specifically for writing, organizing and syncing notes across devices. You can create unlimited notes using their template tool and store them online or locally; whichever works better for you! Mindmaply – Mindmaply provides yet another way to organize your thoughts into a visual representation.

Filling out Forms on the Go with Google Keep

Some people swear by using their phone to take notes. For these folks, I recommend Google Keep. You can create a new note by either typing or drawing on the screen and your notes are automatically saved if you lose connectivity or get interrupted for any reason. This is especially useful for taking live conference calls and for filling out forms on the go! If you’re feeling extra bold, there’s even an option to turn your handwritten notes into text that can be copied and pasted into any document.

So no matter where you are, whether it’s at home, in a meeting room, or traveling abroad, keep up with life with Google Keep. The more you use it, the more powerful this app becomes – but start off easy with keeping grocery lists and organizing your travel itinerary! With features like notes and checklists, it’ll become one of your favorite apps in no time. And when you’re offline, they still work flawlessly. It syncs across all devices so you never need to worry about missing anything important again.

Even better? It’s free! All right, let’s talk about some of the other great note-taking apps out there. Our first recommendation is Evernote. Like Google Keep, you can access your notes from anywhere as long as you have internet connection; however, while Evernote offers many options for editing and enhancing your digital documents, it lacks some crucial aspects such as color coding.

Speaking of color coding: Ever wanted to organize your photos? Well try Adobe Photoshop Express! It has intuitive tools like Color Splash which let you choose exactly which parts of a photo should be in black and white while leaving others untouched.

Being Productive with Microsoft OneNote

Microsoft OneNote is more than just a note-taking app. It’s a powerful digital notebook that can be used for both collaboration and note taking. If you’re looking for an all-inclusive tool, Microsoft OneNote should be your number one pick. With its easy to use interface, rich formatting options, and the ability to share documents with other users seamlessly – it has everything you need in a single platform.

This year alone has seen many new features being added to the software including improved mobile capabilities like drawing notes on mobile devices and much improved design tools. With this release also came the introduction of Office Lens which allows users to take photos of whiteboards or documents with their phone and automatically create optimized images for easier viewing.

It also improves upon Word Lens which was previously available on Windows Phone but will now be offered on iOS as well in response to customer feedback that the app wasn’t working properly on Android devices.

Working Fast on any Device with Quip

In our always on world, we’ve come to expect that life moves fast. To keep up with everyone, Quip offers a fast and mobile note-giving app. We know you don’t want to spend your time tapping away at a keyboard when you could be out there doing the things you love.

That’s why Quip gives you instant access to documents on your phone or tablet so you can edit them easily, plus live sync is free! So get out there and write that next bestseller while never losing sight of your other work. With Quip, you’ll have everything you need for taking notes from your laptop or from your phone. It syncs your changes automatically across all devices, and it also works offline.

You can share these files with teammates and co-workers in real time or send them later as an email attachment. You can also publish these files straight to the web without ever leaving Quip, which means you no longer have to worry about saving copies for yourself if you’re not near a computer.

Quip supports both Google Docs and Microsoft Word formats, which means that it will work seamlessly with whichever device you prefer to use. No matter what type of work you do, this is one powerful tool for staying organized in a digital world

Trello is a relatively simple project management app that is great for creating flowcharts because it allows you to create different lists or boards. On the left hand side, you can create individual lists with cards that are color coded and have labels. You can also attach documents, images, websites and audio to these cards. Once this is done, Trello lets you drag your list over into the right column so you can see your information in a flowchart format.

One feature I particularly enjoy about Trello is that you can use different symbols in order to distinguish what certain tasks are. For example, if someone wants a card completed as soon as possible they could use an exclamation point as a symbol on their card.

In addition, there are many different features that allow for collaboration between individuals such as comments, voting polls and progress bars. There are only two downsides to Trello: one being that the interface is not always very user friendly; and two, there is no free version. However, it’s free version lasts up to 60 days before charges begin.